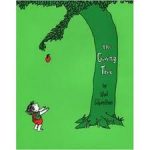 A Lesson in Giving

How God’s Spirit is working to restore, renew and rebuild in Girard, Pennsylvania

Written by Marsha MacKinnon, Webmaster for the Presbytery of Lake Erie

Losing a treasured church is devastating, yet the people of the First Presbyterian Church of Girard are moving forward. It’s been over a year since the historic church building, built in 1892, was leveled by fire. At the time, fire investigators were doubtful that a definite cause of the fire could be determined. This is a congregation where generation after generation from the same families support this church as its faithful. Those faithful servants continue to seek God’s will as they move from catastrophic loss to recovery. They are committed to rebuilding a new Presbyterian church in Girard.

On Sunday, July 21, 2019 – the one year anniversary of the fire – some neighbor’s attended the Girard worship service including Karen Potocki of Wayside Presbyterian Church. Her father – Keith Sundberg – is the Associate Pastor at Wayside.  Karen is a regular Sunday School and Vacation Bible School teacher. Another connection is that Malinda, the wife of the Rev. Nicola Vitiello, who is the Pastor of the Girard church, and Karen became friends many years ago when they both attended Grove City College.  Karen was her RA and they have kept in touch through the years. There’s another connection: Keith Sundberg was Rev. Nicola Vitiello’s mentor when he began his ministry at Girard Presbyterian. 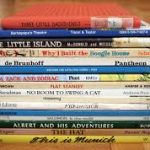 Potocki delivered the children’s sermon on July 21 and told a wonderful story of how many children from Wayside Presbyterian Church, as well as people from five other states, have contributed numerous books for the re-creation of a children’s library for the Girard church following the fire. The book ‘The Giving Tree‘ by Shel Silverstein, first published in 1964, is a favorite among Christian educators because it teaches the lesson of generosity. It was one of the first books selected by the children to give to the children of Girard. The following includes a Q & A conversation with Karen about the book donations from the children of Wayside to the children of Girard and a Q & A with the Rev. Nicola Vitielo of Girard about the future of the Girard church:

How did the children of Wayside become involved in helping to recreate and rebuild the children’s library at Girard?
“The idea to donate children’s books to Girard Presbyterian came from my dad, Keith Sundberg.  He suggested the idea to Wayside and invited the families with children to submit their favorite children’s book suggestions.  The idea spread quickly. The Girard church had been listed in the prayer requests, and we had mentioned them every week in church. I think everyone in our congregation was eager to do something because the folks from Girard had been heavy on our hearts and minds. So, many jumped at this opportunity to help. The children of Wayside contribute to a Sunday School offering each week, and they voted to have the offering this year go toward buying children’s books for the Girard Presbyterian Church.”
“On a personal note, my own children and I had been searching for a way to help since the fire occurred. It happened on a Saturday night/ Sunday morning as we were gearing up for Vacation Bible School, and my kids and I drove out to the site first thing Monday morning before the start of VBS, thinking we might be able to gather some of the rubble (bricks or pieces of wood) and do a craft project during VBS to present to the Girard church, but inspectors were currently on the premises, and they said that no one was allowed (on the property because of the ongoing fire investigation).  So, we had to abandon the idea of a craft project.

When Dad suggested this book project a few months later, my kids turned to me and eagerly started listing books we should suggest.  My daughter insisted that they needed the book, The Giving Tree, which we went home and ordered almost immediately. We also chose to order and donate the book, What’s Wrong with Timmy? by Maria Shriver.  This is a book that I first learned about because it was in our Wayside library, and I have a son who has special needs, and I read that book to his classmates at the beginning of each school year.  My kids and I had felt so much pain for Girard as we sat in the parking lot looking at the wreckage that Monday morning in July of 2018, and they commented about it every time we were in Girard.  We were just so eager to do something for the Girard folks.”
This project went beyond Wayside; explain what happened and how those connections came to support the Girard church?
“As I mentioned, even visitors to Wayside were so moved that they brought in donations.  In addition, Keith shared the story of this project with his friends at the Eastern Association of Presbyterian Church Educators, which has members from 5 states plus the District of Colombia, and many of the folks from that group sent in donated books.”
Describe how the children felt about being able to help replace the books lost in the fire at Girard a year ago?
“Many of the children were like my own children who were just so excited to take action on behalf of this congregation that we had been thinking about and praying for every week. One young boy eagerly suggested his favorite prayer books, the books he read with his parents each night.  The kids new they wanted to share the books that meant something to them. They wanted the children at Girard to also be able to have those special experiences of sharing a story with someone you love. They wanted their favorite stories to be shared with the children of Girard Presbyterian. Each week, our Sunday School starts with story time, and if the kids really liked a book that Keith had selected for story time one week, their first thought was that it should be a book that we give to the Girard children with the donations that had been collected.”
What was it like for the children of Wayside to actually help select the books? 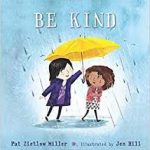