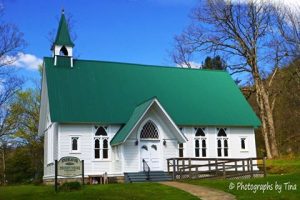 Written & Posted by Marsha MacKinnon, Webmaster for the Presbytery of Lake Erie

When it comes to counting your blessings, where do you start? For members of the Endeavor Presbyterian Church they are really counting their blessings now. For  the first time in the 120 year history of the church, the building now has running water. That is a blessing.

It was a time consuming project that required many hands to make it happen. But now is it complete and for the first time Endeavor has restroom facilities in the church building.

If you didn’t grow up in the country, it’s difficult to imagine not having running water and restroom facilities. Yet until very recently the members of the Endeavor church have never had running water. The following is a Q & A conversation with the Commissioned Pastor of the Endeavor Church, Roger Snyder.

How long has this project been in works? The restroom project was envisioned in March of 2107. 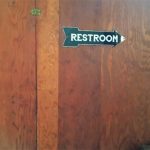 Many people can’t even grasp the idea that a public building – like a church- wouldn’t having running water and restrooms. Unless, the church is in the country. Explain so readers can understand what a big deal this project truly is to the members of Endeavor and the community.

This church is in a rural area! I’ve heard it said that it’s 5 miles past the edge of civilization! Installing the restroom is a big deal for our area. Although we live in a rural area, we all have the same basic needs. The idea of being able to worship as a church family is an element sorely needed in our area. The idea of not being able to use a restroom for an hour and a half is prohibitive to some sharing in worship. Initially, I was thinking of our aging population… in actuality, it’s a blessing for parents with young children as well! As our church grew from “the faithful five”, we invested in a porta potty. Some laugh but this was actually a step up! One new (previously unchurched family) had a one year old who would say “Take me to the “stink house” grandpa!” We were glad it was there for her! With the indoor restroom, young parents can feel comfortable taking children knowing they have a place to “go”, wash hands, and take care of personal needs. As an older male, I can testify. Picture driving on a long ride when the driver doesn’t like to stop for anything! The urge hits, you grit your teeth, clench every muscle you have and pray you make it to the next stop. It’s painful. This burden of pain has been lifted for those who really need a restroom on demand!!!

This wasn’t a “simple” project was it? What all was involved in making this project a reality? 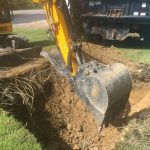 Enabling and installing the restroom was quite a logistical challenge. A mere year and a half ago, this church only had enough finances to last a couple more years. The available financial resources with larger community involvement and a growing congregation turned our income into a positive cash flow. This being said… we did feel led and wanted to work without debt moving forward. We prayed and wanted the project to be paid for in addition to our normal cash flow. Since one of our goals was to make this wheelchair/disability friendly, we reached out to the Lake Erie Presbytery. There was some mention of being able to help through Presbytery funds for such events. More importantly, our General Presbyter reached out to several with our need. Right away, Rev. Sue Montgomery, who is an advocate of disabled persons, was notified… and God began His work networking. The very next day, Swissvale church, near Pittsburgh, had just received some money from a long-time member who was adamite about people attending worship. The church felt strongly that a portion of that money should be spent in a way that really made a difference in people’s lives. They contacted Rev. Sue Montgomery with this need for an opportunity. EPC and Swissvale proceeded to engage in a lasting relationship. They ended up sending us a check that covered half of our expenses!!! Ok… our vision was on its way to becoming a reality.

Because we live near a scenic tributary that empties into the Allegheny River, we are very environmentally sensitive. We obtained permits from our township, who supported our mission. Our site was inspected, and our plan was approved.

A skilled member of our congregation agreed to mastermind the interior work that would need to be completed. A neighborhood friend, whose family and EPC went back several generations, agreed to the outside work and plumbing. A holding tank was purchased and installed by a local excavating company. Jim Ziegler proceeded to complete a well, pump and exterior plumbing to and from the building.

Meanwhile, since most projects take twice the funding and twice the time of an original estimate, we continued to raise funds. 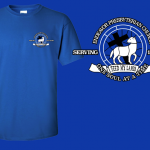 We had a community opportunity to buy apparel with the EPC logo as a fundraiser. A dear friend who works for a printing company near Butler, worked with us to develop a logo based on a stain glass window in our church. The shirts were designed with the setup costs waived and sold at production cost enabling us to raise money. Not only did this raise money but soon the sense of mission became a community involvement… a source of conversation at the local stores and the beauty shop. Neighbors who didn’t even know the church was still open, were making positive comments about the new activity and became well dressed around town supporting our new logo!

One member of our congregation was a senior in High School. As part of his activities, wanting to make a positive difference in our community and church, began working on a Community Supper to raise funds. We had hoped for 30 – 50 suppers to be purchased. We were floored when over 200 community members showed up buying over 300 meals. The people preparing the meal had to keep running to the neighboring towns to buy out their supplies of noodles and sauce!!! There were friends of the church, neighbors and a real getting together of community in support helping God help us. I get emotional thinking about it. This ended up raising another major piece of the financing puzzle.

Since the wiring of the church was so old, it was deemed necessary to run entirely new service from the meter to new breaker boxes and subsequent wiring. A local electrical contractor helped us out with all of this. On one trip to the crawlspace, the basement steps broke. Thankfully, there were no injuries. The old and dry rotted steps were immediately replaced. These were two spinoff projects, not originally anticipated, that were completed.

Exterior work was getting done, the interior being remodeled, all the while praying to God the budget would hold! Finally, in mid-October 2018, our project was completed and local history is made. The final environmental inspection was completed. We are the first church in our neighborhood of three churches who actually have running water!!!

Most people take for granted a lot of blessings in their lives. How has Endeavor been blessed?

I see a blessing as God’s favor and  God enabling us to help the Kingdom, our neighbors and ourselves. God’s faithfulness in bringing together financing and the necessary help have been a huge visual testimony of God’s love and provisions for Endeavor and the neighboring communities.

Throughout the entire process, aside from now having “a place to go,” what has been the greatest benefit to the Endeavor Church?

Having “a place to go” certainly has its benefits. The process of God working through others has been every bit as valuable. I reflect on a time I was in the dark, damp spider infested crawl space (I have claustrophobia, praying like David in the 23rd Psalm and the “valley of death”), with our two main helpers. Both had family members in our books dating back to the early 1900’s. Neither had been to this church for years. I mentioned that they both had relatives looking down and being satisfied that they were keeping this church family active for another generation. The smile on their faces brought goosebumps. People are genuinely happy and satisfied when we do what God wants us to do.

In this day of electronics and several cars per family, there is a developing need for people spending real time together. This project has enabled, and continues to enable, this particular church to be a vessel in which people come together in common mission helping God! For our sleepy little community, who has gradually withdrawn from neighbors in the context of modern times, this was like ringing a bell… “God is alive, well and active right next to you!!!”