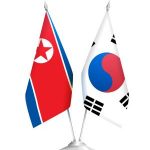 The Presbyterian Church (USA) is a connectional church.  That means that there are many documents – like the Book of Confessions and Book of Order – that guide our common life together.  In addition presbyteries are permitted to send overtures to the General Assembly on matters that draw the attention of faithful Presbyterian Christians.  In November the Presbytery of Lake Erie approved an overture to be sent to the 224th General Assembly, to be held in Baltimore in June of 2020.  This overture deals with the continuing strained relationships on the Korean Peninsula.  It emerged out of the conversations that were enhanced through the visit of International Peacemaker Rev. Moon-Sook Lee to Lake Erie Presbytery in September of 2019.  In summary, it seeks to continue to encourage PCUSA commitment to work toward peace in a portion of the world which has had a complex history in recent centuries.  This overture will be considered by a committee of the General Assembly.  If recommended by the committee, it would then be voted on by the entire General Assembly. Click on the link below to view the entire overture: