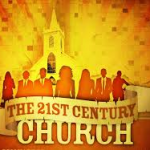 ‘We are dealing with a deep change in the culture – religious and otherwise – of North American society.  An era of de facto American Christendom in which the Protestant mainline churches had been the religious establishment of the culture [is] ending.  Furthermore, modernity and its hallmark values – reason, self-sufficiency, progress, and optimism – [are] losing their sense of inevitability and their taken-for-granted status.’ –Anthony B. Robinson.

I believe this significant change has a great deal to say to the early 21st century church.  What do you think?  If you would like to engage this topic further why don’t you consider joining the teaching and ruling elder missional conversations.  Check with the presbytery office for more details on this intriguing opportunity!